The Woman Drucker Said Was the Best CEO in America 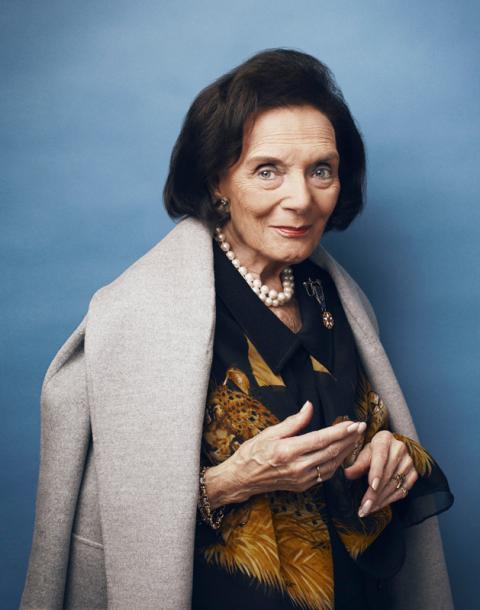 Peter F. Drucker, the founding father of management, proclaimed Frances Hesselbein “the best CEO in America.” “She could manage any company in America, even General Motors, and do a great job,” Drucker said.

That was in 1990. Frances, then CEO of the Girl Scouts of the USA, was nearly unknown to anyone outside a small circle of people involved in nonprofits.

Two months later, BusinessWeek featured Hesselbein on its cover. For women, it was a first—finally a woman on the cover of a respected business publication. For business leaders, it signaled a remarkable new ethos: It was acceptable, even admirable, to be a leader in the social sector.

By many measures, Hesselbein’s fame started a movement of entrepreneurs and key managers to leadership jobs in not-for-profit organizations.

Ten years later, with Hesselbein leading the new Peter F. Drucker Leadership Institute, Drucker wrote that she moved the social sector to recognition and visibility, something that had seemed “a utopian goal.”

And that was at a time of a stock market boom.

When Frances Hesselbein discusses her work as a leader, her eyes sparkle and her face glows. Her enthusiasm is contagious. No matter what challenges she is facing, she is always up, positive, and inspirational.

This is why legions continue to recognize her as a great leader, decades after Drucker sounded the call. Let’s dive further into each characteristic.

Hesselbein always begins with framing. She asks, “What really needs to be done here?” and then she shines a light on that.

When Hesselbein first met with the search committee for a new CEO of the Girl Scouts, she knew they had never chosen a leader from inside–and she was an insider, having worked in the organization for years.

After the interview, her husband, John, asked her how it went. Hesselbein responded that she had a wonderful time “describing the organization of the future, but that was it.” She added, “I will never get the job.”

She continued with what became a classic Hesselbein tenet: “I told them we had to question everything: all the how-to’s, the means.”

In short, she said, “The Girl Scouts have to be part of the future.”

Hesselbein said something you rarely heard from a would-be CEO in the middle of the 20th century:

I told them the program had not changed despite all the changes in society.

We did not have a highly visible racial or ethnic representation. And that the organization would have to work to build one great movement, serving all girls of all races and backgrounds.

To her surprise, Hesselbein was offered the job. Over the next 13 years, she transformed The Girl Scouts of the USA. It went from a declining, predictable organization to an organization that helped each girl reach her own highest potential.

“It takes determination, a willingness to look at reality, and the humility to say, ‘We were wrong!’ to be an effective executive.”  —Peter F. Drucker

In 2007, she stepped into a public high school in the Bronx as “Principal for a Day.” She began by sitting with the student council, saying, “At the end of the day today, I will meet with you again. And you will tell me, if resources could be found, what is your greatest need.”

Hesselbein responded, “Yes, some of my favorite books are written by people who look like you.”

With startled, more confident looks on their faces, the student council continued: “Number two, textbooks. We don’t have textbooks. Our teachers Xerox our lesson pages for us from their textbooks.”

Hesselbein described her next steps:

I called a friend who understood libraries—she gave me the definitive list of books for such a library. She told me if you bought all of them it would be $6,000. And I called a friend and said, “If I find $3,000, could you find $3,000? I want to buy all the books.” He called me back 15 minutes later and said, “You don’t have to find anything. My company will give the $6,000 for the library.”

Then, I called the New York City Department of Education and asked why the school in the South Bronx did not have textbooks for the students. Only the teachers had textbooks.

Somehow, they found the books that should have been delivered in July and delivered them the next day

Hesselbein visited that school every other week, often meeting with the student council. At the end of that academic year, the record number of graduates included five members of student council who had won college scholarships; the sixth member was accepted by the U.S. Air Force Academy.

Jim Collins, author of Good to Great, highlights this characteristic of action through relationship building as he describes Hesselbein: “The theme of relationships runs as a common thread through nearly every page Frances writes… And it is this magical combination of the right people engaged in a common cause that Frances orchestrates as well as anyone.”

“As the first basic competence, I would put the willingness, ability, and self-discipline to listen. Listening is not a skill; it is a discipline. Anybody can do it. All you have to do is to keep your mouth shut.” —Peter F. Drucker

Respecting History Without Being Bound by It

As Hesselbein leads, she respects history while defining tomorrow with total freedom. For example, when Hesselbein toured Gettysburg with four generals and Richard Cavanagh, president of The Conference Board, she had an idea.

She said, “Your needs and issues are the same as non-profit leaders and CEOs. We should get a group of you together to discuss your needs.”

And it is not just corporations, but all organizations, agencies, universities, and military units share the responsibility for the whole community.”

Cavanagh reported that the generals, the CEOs, the presidents all stood up and clapped and then crowded around Hesselbein to hug her. Hesselbein and Cavanagh went on to hold such gatherings for 10 more years.

Here is another example. When Hesselbein was leading the Girl Scouts, she wanted to update the traditional 1915 pin—a trefoil with an eagle and arrows.

It did not seem symbolic of this girls organization, nor did it speak to the future. So she went to Saul Bass, one of the country’s leading graphic designers at the time.

He came back with a gold trefoil, the same shape but with the faces of three girls, obviously racially diverse, shown in profile, facing to the future.

Hesselbein and the board presented it at the National Girl Scout Council meeting. At that meeting, many of the council leaders were determined to vote the pin down.

Hesselbein listened to the resistance, respected their opinions, and said, “I can promise you, as long as there is one person among our 3 million members and volunteers who wants to wear the traditional pin, we will continue to manufacture it." End of resistance.

Hesselbein never stops elevating the game of others, or of the endeavor. And she often raises both.

When she was called to lead the Girl Scouts, Hesselbein sent all the troop leaders to a leadership training program at Harvard. She believed that it made the leaders feel better about themselves, commenting, “We thought they deserved to go to Harvard that they were the best.”

The balance between having a clear mission while also quickly adapting with the people and the opportunities at hand is a large part of what makes Hesselbein a true leader.

“Lifting a person's vision to higher sights is the raising of a person's performance to a higher standard.” Peter F. Drucker

Being, Not Doing, Is the Key to Great Leadership

This is how Hesselbein defines leadership: “It’s a matter of how to be, not how to do. We spend most of our lives learning how to do and teaching other people how to do, yet it is the quality and character of the leader that determines the performance, the results.”

After 50 years of leadership and training other leaders, Hesselbein distills it for us: Leadership is a matter of how to be, not how to do. If we can all be a little more like Hesselbein, we will be better leaders.

Peter and Frances: Reflections in Each Other’s Eyes

In my last conversation with Peter F. Drucker, a few weeks before he died, he surprised me. “Frances Hesselbein added 10 years to my life bringing me into the social sector and the social sector into the center of America… If there is one person who lives my image of what a CEO can do for society, it is Frances.”

You can watch Hesselbein and see a reflection of his words in her actions. They are two sides of the same coin.

Every Leader Needs to Ask These Six Questions

Using what Hesselbein has taught us about leadership, managers should ask themselves:

1.  When I look around, what do I see that needs to be done?

2.  What are two relationships I can build in order to pursue what needs to be done?

3.  How can we best define tomorrow, recognizing our history but not being bound by it?

5.  How can I elevate other people’s performance/ability to serve?

6.  Do others say that I really listen to them, and what is their evidence?

Gallup's Jim Clifton on Entrepreneurship and Millennials in the Workplace: Part...
2016-10-28
By Elizabeth Edersheim, Ph.D.