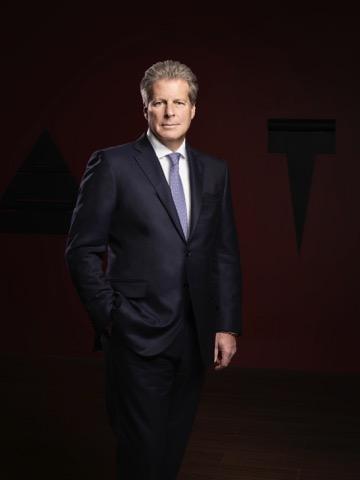 Jay Hennick, founder and chairman of FirstService Corporation and chairman and CEO of Colliers International, was also the founding chairman of Mt. Sinai Health System. He’s received the Canadian award for entrepreneur of the year and has been named CEO of the year by Canadian Business magazine. He’s also received multiple honorary doctorate degrees.

Jay has run people-based service organizations for over 30 years with a record as an entrepreneur and business builder.

This interview has been condensed for clarity.

Q:  How would you describe your leadership style?

A: It has changed over the years. In the early years, I didn’t know what leadership was. I just knew I had to get a job done.

When we started [the pool staffing and management company], I had to deal with all kinds of employees. Some were students who were lifeguarding outdoor swimming pools in the summer.  Most of the employees were within five years of my age.

I had to keep my customers happy so I could get the contract renewed for the next year and deliver on my commitments, so I could be proud of the service my business was providing.

I was always worrying about the customer. My constant thought was, "We have to serve the customer, or they will not continue their relationship with us."

I am also a detail-oriented guy. If I have a job to do, I get it done. If I have a call at 10 o’clock, I am sitting at the phone then. It doesn’t matter what I have to do, because I booked it. I am my word. When I have an organization, it is still my word.

Q: But we all realize that others don’t follow that coda, right?

A: Some of my people didn’t necessarily have that perspective. I may have wanted to scream at someone for not doing what they’d agreed to do 10 minutes earlier, but that wasn’t going to get the job done. It would only have made them leave the job.

I couldn’t manage people my own age top-down, so I had to use a lot of moral persuasion. It was all about engaging and encouraging people to do the right thing, to answer their phones properly; to get done what the customer wants.

Q: But how did put this into practice when you went beyond dealing with a swimming pool business?

A: Becoming a lawyer and practicing law took me to an entirely different level of sophistication. I was dealing with investment banker clients, helping to take companies public, strategizing the best ways of helping our clients go to the next level. Some of that involved persuasion.

I was watching senior lawyers negotiate. All of this was a training for me in how to deal with things on a more sophisticated level.

Today, our organizations have clear cultures that align around our vision and values. And around mentoring, and always asking what can we do for the customer.  I stay focused on the customer. I emphasize the importance of people.

Q: How do you work with those around you?

A: I spend time preparing my senior team for new tasks. For example, if someone is going to communicate with the board, I have them practice with me. This is counterintuitive, but trust me: It is important that my people don’t go into the board meeting with too slick a presentation. The board needs to feel like there is opportunity for genuine exchange.

I encourage senior managers to interact with the board in an informal way and have successful experiences, sitting with them, getting to know them.

A: Most of the people I hire are already around me. I don’t hire many outside people, and I trust others to hire for their departments.

Larry Bossidy wrote a piece on interviewing for key business leaders. Before an interview, as he said, I make sure I’m asking all the questions I want to ask.  It is important to get to know the candidate, their values, their story.

As we speak, Dylan Taylor, President and COO Colliers International, is looking for a U.S. CEO for Colliers. Dylan is an astute leader, and what I’m emphasizing to him that he focus a lot on someone with a track record of execution.

I also look for what you might consider stupid things on a resume. For example, a guy falls in love with weight lifting and takes it up seriously when he’s 15. That really struck me.

A: Really. The guy becomes an Olympic weight lifter.  It shows commitment; it shows stick-to-it-iveness; it's a desire for excellence.

I look up weight lifting in advance of meeting him, ask questions about it, and try to figure out if he is astute in following his passion.

If someone is a nerd in whatever area—if they love it—it makes a difference to me. If somebody puts on their resume that they like to do marathons, I want to know what that means. Did she run a marathon once, or did she complete Ironman [Triathlons] 12 times in 6 different countries?

Someone who’s made the effort to become the best in whatever they’ve done is someone who is accomplished. That is more important to me than if they were at IBM their whole career, moving up the ladder of responsibilities. I’m wary if they are comfortable in a mega-corporation, but don’t really care about what they are doing.

Q: Sitting at the top of your organization, how do get candid personal feedback?

A: We do 360 reviews.  Our structure is decentralized, with four divisions and four separate management teams.  Each management team goes through a 360 once a year.  It gives the CEO honest, practical feedback on personal performance.

I believe it is critical to have clear roles as well as clear, mutual understanding of those roles. So, for example, my role in decision-making is very clear. For example, with Scott, CEO of FirstService, I make very few of the decisions. We have outlined which ones need my concurrence, and which decisions he needs to advise me of ahead of time, and so on.

That makes things clear between the two of us. For example, I don’t have the right to protest any firing decisions he makes. It usually works out fine.

I think nothing can give a CEO, or anyone, better feedback than a 360. And if I’ve done something counter to my role, or behaved like a jerk, it lets me know.

Q:  What advice you would give a leader about managing a people business?

A: Think Drucker. We are a Drucker organization, everybody thinks Drucker. I just gave everyone in the organization a copy of The Daily Drucker. If we talk Drucker every day, we will only get better.

Q:  Speaking of passion and commitment, did you enjoy David McCulloch’s book on the Wright Brothers?

A: What I got from that book was the huge personal cost that family paid. Neither of the brothers got married. Their sister married very late in life and had no children. They did not take care of themselves. That is very important, too.

When young people ask, “What can I do to make a difference,” I might suggest, get your hands on an organization. If you can't find one, start one. Be like the leaders profiled in this column: learn the discipline of management, and use that to amplify your leadership, applying everything you can learn from Drucker. Make a difference.

Gallup's Jim Clifton on Entrepreneurship and Millennials in the Workplace: Part...
2016-10-28
By Elizabeth Edersheim, Ph.D.