Why Management Should Rediscover Its Roots in the Liberal Arts 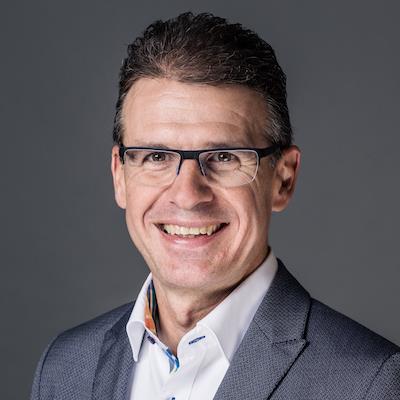 The idea of management as a liberal art is not new. In his 1988 book The New Realities, Peter Drucker wrote:

Management deals with people, their values, their growth and development—and this makes it a humanity. So does its concern with, and impact on, social structure and the community. Indeed… management is deeply involved in spiritual concerns—the nature of man, good and evil.

Management is thus what the tradition used to call a liberal art: ‘liberal’ because it deals with the fundamentals of knowledge, self-knowledge, wisdom, and leadership; ‘art’ because it is practice and application. Managers draw on all the knowledge and insights of the humanities and the social sciences—on psychology and philosophy, on economics and on history, on the physical sciences and on ethics.

Sadly, if we look at the state of management today, it seems that too many practicing managers (and the institutions they lead) don’t seem to care much about the liberal arts approach.

Just look at how the shareholder value maxim has dehumanized management and how management is failing people and institutions.

Think of a really bad manager for a moment. It doesn’t matter whether you pick a celebrity or a former manager. Think of what makes this person a bad manager.

Now imagine this same person equipped with what Aristotle called “moral excellence,” a person with an ethically admirable, strong character. Would this make them a much better manager? Would many of the reasons that led you to classify them a “bad manager” disappear?

The thing is management requires character. And while it’s not the only requirement, it is certainly a necessary one.

The traditional “artes liberales” sought to develop well-rounded people of good character. Following this tradition, actively seeking to develop “moral excellence” would turn us into better people and better managers.

If management is what Gary Hamel has called “the technology of human accomplishment,” then managers need to know how people think and act, what motivates them, what makes them collaborate, and what brings out the best and worst in them.

So on top of having a genuine interest in people, if you want to be a great manager, you better develop a working knowledge of some key disciplines in the humanities: psychology, sociology, and economics.

You can use this knowledge to create a productive work environment—and that’s one of the most important responsibilities a manager has.

Culture is a major driver of human interaction. This also manifests itself in the workplace. What’s inappropriate in one culture (say, raising objections in public) can be a requirement for success in another.

Since it’s part of managers jobs to enable productive collaboration, it’s critical they have an appreciation and understanding of local culture and history.

It’s only getting more important in an increasingly globalized world. Managers sent abroad will fail miserably unless they learn about and engage in local culture—and figure out which elements to use in order to make management more productive.

4. Liberal arts have already solved many of the problems managers face today.

Surely, a mind with a broad interest and education would make a better manager than one narrowly focused on the functions of business and the bottom line.

5. The liberal arts can teach managers how to learn and develop.

Managers don’t just benefit from subject matter of the liberal arts. The teaching and learning methods can teach us a thing or two about educating managers.

Reflection and deep thought play an important role as does the Socratic method, which emphasizes discussion and feedback. Engaging in the creative process of argument and counter-argument stimulates critical thinking and sharpens the use of language at the same time.

Contrast this with an over-emphasis on frameworks, ready-to-use checklists, “how-to” recipes, and the largely passive process of learning through lectures and self-study so prevalent in management development today.

The liberal arts traditionally sought to develop virtuous, knowledgeable, and articulate individuals. The aspiration was to develop the whole human being to their full potential.

Not a bad aspiration for managers, I’d argue.