Shutting down the outgrown, outworn, and obsolete frees resources.

Peter F. Drucker wrote extensively about abandonment. Recognition of this concept is probably the single most important tactical guideline in the quest for economic results.

If effective management of capital resources was Drucker's first test for improving corporate productivity, systematic abandonment of the unproductive and obsolete was his first law of implementation.

Every organization must focus resources on results; this is the best and perhaps only way to achieve effective cost control. Every institution must direct efforts and resources toward opportunities and results, and away from problems or nonproductive activities and programs.

Because of organizational inertia, most organizations are encumbered with yesterday's promises, overburdened with the superabundance of superfluous activities, cluttered with redundant products, saturated with a surplus of outdated suppliers, saddled with swollen inventories, and smothered with needless levels of bureaucracy.

In short, in the usual state of affairs, the typical organization has a plethora of activities that contribute nothing to the customer or to the business.

The worst offender of Drucker's abandonment principles and practices is government. Said Drucker: "Indeed, the inability to stop doing anything is the central disease of government and a major reason why government today is sick."

Hospitals, colleges and universities, and other public service organizations are only a little better than government in sloughing off yesterday.

Take-home message: An organization, whatever its objectives, must be able to get rid of yesterday's tasks and thus free its energies and resources for new and more productive tasks.

This article is the first in a series of articles that discuss one of Drucker's most important contributions to the field of management—namely, systematic abandonment of the unproductive and the obsolete.

Drucker asserted that abandonment and concentration are opposite sides of the same coin.

By abandoning unproductive and sidetracking activities, executives increase their effectiveness by having more time to concentrate on result areas. We suggest you read this paragraph again. Memorize it!

We believe the way Drucker linked abandonment to concentration gives real meaning to the time-worn phrase "less is more."

Every organization has to cleanse itself of the products, services, and ventures that absorb resources but in reality have become "yesterday." They prevent the organization from concentrating on today's most promising result areas.

To Dominate You Have to Concentrate

Concentration is the key to economic results. Repeat this four times to yourself.

Drucker often said: "Managers must concentrate their efforts on the number smallest number of products, product lines, services, customers, markets, distributive channels, end-uses, and the like that produce the bulk of the revenues."

Examples abound. Many of today's universities and colleges moving into web-based degree-granting and certification programs are trying to be all things to all possible markets, and will inevitably fail.

They should be concentrating on a small number well-defined niches where they have an established core competency and  can provide superior customer value… and grow those niches via usage of portals with a global reach.

Worse, they are still clinging to yesterday's vision of the mission and purpose of higher education. And seemingly refuse to abandon nonperforming activities.

This is why many predict 75% or more of today's colleges and universities will cease to exist 15 years from today. To change they must be capable of abandoning yesterday.

Focusing resources on results is the best and most effective cost control. Get rid of non-result areas and concentrate efforts on areas that can produce significant results.

Cost, after all, does not exist by itself. Said Drucker:

Cost is always incurred—in intent at least—for the sake of a result…. What matters therefore is not the absolute cost level but the ratio between efforts and their results… No matter how cheap or efficient an effort, it is a waste, rather than a cost, if it is devoid of results…

Maximizing opportunities is therefore the principal road to a high effort/result ratio and with it to cost control and low costs.

One truly effective way to cut costs is to cut out an activity or program entirely. If our economy goes into a tailspin many organizations will inevitably resort to "hasty hatchet work." Drucker called this "amputation before diagnosis."

To try to reduce costs is rarely effective. There is little point in trying to do cheaply which should not be done at all.

By working systematically on directing efforts and resources toward opportunities and results maximizes the productivity of an organization.

Put bluntly: Abandonment of low-yield programs and activities is the only sure-fire way to reduce costs and increase profitability.

Once more: Every organization must be able to move scarce and expensive resources—especially first-rate people—from areas of low productivity and non-results to areas of opportunities for achievement and contribution.

This requires the ability to stop doing what wastes resources rather than maximizes them.

How to Get Started in the Abandonment Process

Drucker offers us some sage advice on this issue. He pointed out savvy executives never start out with what should be abandoned.

No nation or institution has infinite resources. Resources must be freed–especially, first-rate people–to work on the opportunity areas.

Every organization, wrote Drucker, has to adhere to the following prescription to increase organizational productivity:

(3) Analyze the half-successes, the failures. Achieving more with less requires abandoning whatever does not perform and doing more of whatever does perform.

Drucker strongly suggested organizations develop abandonment policies that call for monthly meetings to seriously discuss the what to abandon and how to abandon—from products to personnel policies.

Every book publisher knows that the bulk of its sales (some 60%)—and practically all of its profits—come from the "backlist," that is, from titles that have been out more than a year or two.

But no book publisher puts resources into selling the backlist. All the efforts are put into selling new titles.

A major publishing firm had tried for years to get it salespeople to sell the backlist without any success; but it also did not itself spend a penny on promoting it. Then one outside director asked: “Would we handle the backlist the way we do if we went into it now?”

And when the answer was a unanimous “No,” she asked: “What do we do now?” As a result, the firm reorganized itself into two separate units: one buying, editing, promoting and selling the new titles in the current year; one promoting the backlist.

When Meg Whitman became CEO of Hewlett-Packard in 2011, she was tasked with the awesome responsibility of orchestrating a turnaround to restore stability and growth in what was then perceived as a faltering organization.

We believe the way Drucker linked abandonment to concentration gives real meaning to the time-worn phrase "less is more."

1. What should we abandon? and

2. How should we abandon?

If this is not practiced systematically, abandonment decisions will always be postponed indefinitely.

With all the talk today about “achieving more with less,” it's strange how seldom the topic of abandonment enters the discussion.

And the key to achieving more with less is to develop abandonment policies (in a future article we will detail specific questions that must be asked and provide a case study).

In the times we're about to enter, every organization—business or non-business public service institution—needs to develop policies for abandonment. Organized, continuous, disciplined efforts are needed. 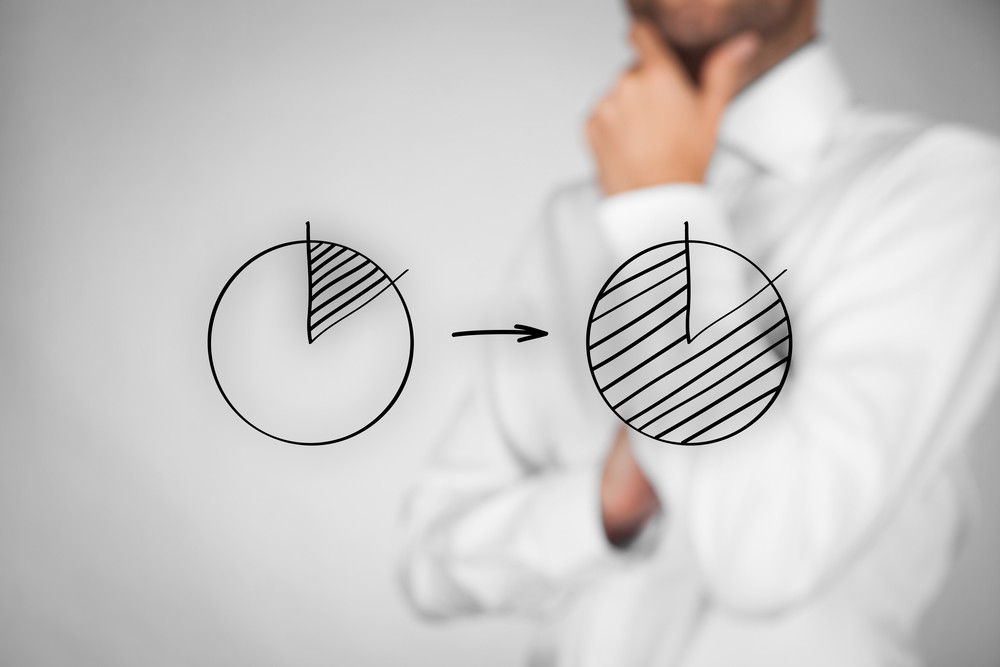 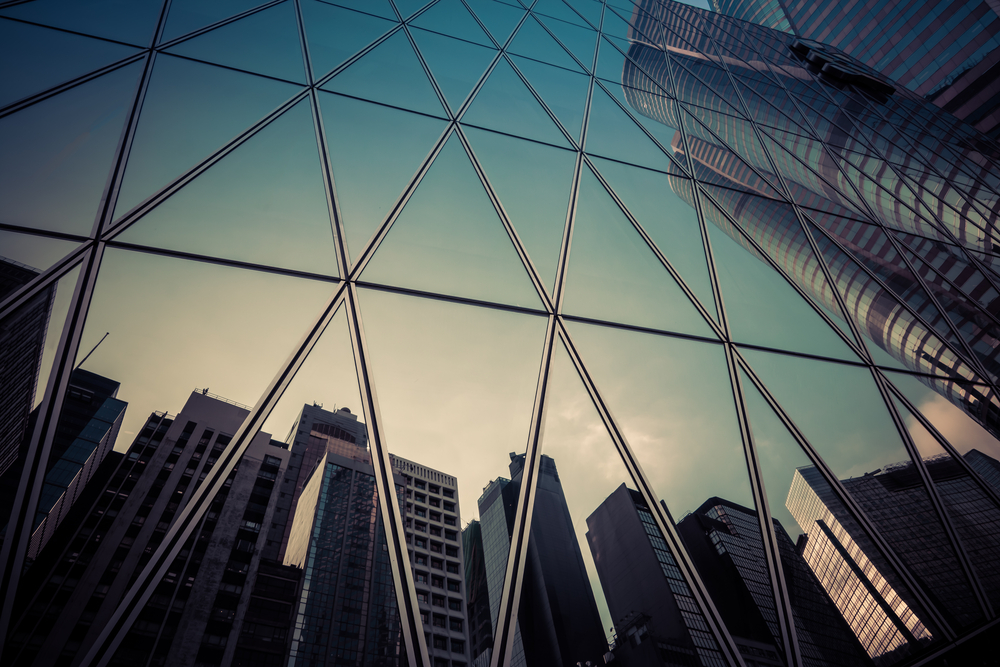 The Needed Government Turnaround: The Forces Behind Tomorrow's Headline News
2016-09-08
By Ed's Ink