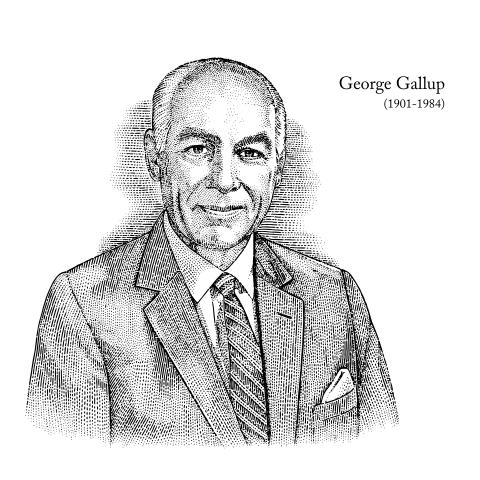 In 1936 he achieved national recognition by correctly predicting Franklin Roosevelt would defeat Alf Landon in the U.S. presidential election, contradicting most leading newspapers.

Gallup rapidly became the standard bearer for polling and built a reputation for integrity and independence. The polling he pioneered included seeking the public’s views on reform in education, the criminal justice system, and politics.

Dr. Gallup founded the company based on a very simple mission: If democracy is about the will of the people, somebody should go out and find out what that will is.