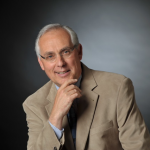 It’s the entrepreneur’s dream. An idea hatched in a garage blossoms into a venture that begins to scale and attract mainstream customers. Very few ideas ever get this far.

Founders with the ability to achieve this level of success likely spent years of hard work honing their idea and cobbling together the resources to succeed. And while this may not be the ultimate goal, it certainly is one worthy of recognition.

The future, although certainly promising, is still fraught with disaster.

Most experienced entrepreneurs know that success can be fleeting. Success attracts competition and market reaction – often from well-heeled competitors that can deploy substantial opposition resources. What often separates organizations that continue on this up-to-the-right path from those who falter is a balanced ego coupled with a healthy dose of paranoia.

Unfortunately, success often results in complacency. Having reached this plateau of success, organizations and entrepreneurs can start to believe they have it all figured out. They did, but they don’t.

My friend and business colleague built a formidable electronics accessories company – one that any entrepreneur would have been proud of. But despite this, he relished being the “dumbest one in the room,” as he used to call it. He never was. His behavior wasn’t based on a lack of self-confidence.

Instead, his conviction was that if he continually put himself in situations where everyone else was smarter or had more experience than he, he would have the opportunity to learn from each of them. No matter whether it was true or not, that is how he approached every encounter.

As an entrepreneur and company founder, I watched him grow in capabilities and so did the value of his business. His ultimate success – the sale of his company to a strategic buyer for a double-digit multiplier of EBITDA – was built on his habit of life-long learning.

Unfortunately, there are too many examples of founder behavior that translate into hubris. Success is seductive. Humans crave personal gratification, the kind that includes the creature comforts of being the head of a thriving organization and the publicity that attends a current triumph. It’s hard to keep yourself from getting swept up in the attention and attribution of accomplishment.

But that seduction is the very foundation of future failure. As Andy Grove penned in his 1999 best-seller Only the Paranoid Survive, success only happens for that short time prior to the next market disruption, requiring every chief executive to stay ever vigilant.

Take Blockbuster Entertainment, for example. In 2000, Reid Hastings, the founder of what then was a fledgling company known as Netflix, had the gall to suggest a business partnership to John Antioco and his management team at Blockbuster Video.

Antioco is no dummy. In fact, Antioco was at the time viewed by many as a retail genius. But during Hasting’s visit, Blockbuster was feeling pretty insular, and didn’t believe that this almost unknown company’s innovative business model offered any value. In fact, it was reported that Hastings got laughed out of the room. Who is laughing now? Blockbuster went bankrupt in 2010 and Netflix is worth almost $150 billion.

Success caused Antioco and his team to think they knew more than they did. Rather than maintain a healthy paranoia, Blockbuster’s success put a ceiling on their willingness to consider other opinions. Rather than considering new and different ideas or asking others for help, they got caught believing they knew the answers and futilely flailed.

A similar fate befell Kodak. Kodak was one of the world’s most admired brands in 1996. Its market dominance in film enticed its out-of-touch management team to hang onto obsolete assumptions about the advantages of film-based photos digital intruders.

It might have considered letting the new generation of digital entrepreneurs within Kodak take the reins. But it never believed its empire was at risk or managed to wean itself off its revenue stream from photographic film success. Kodak filed for bankruptcy liquidation in 2012, paralyzed by its past.

Success is often the predecessor of failure. There are thousands of companies that, following a raving success, become smug or unworried. They expect that their past successes will dictate similar outcomes in the future. Unfortunately, keen competition can quickly bridge the gap of established advantages toppling the kingdom of those unwilling to continue to listen, consider and learn.

This important lesson for entrepreneurs is not to neglect your own success. Celebrate heartily! But afterwards, be prepared to strap on your shoulder pads for the battles to come from even unlikely competitors.

Steve Jobs said it best when he told his followers to, “Stay hungry; stay foolish.”  His words were intended to translate into never being satisfied, and always pushing yourself to try new things that people (sometimes your own conscience) say can never be done.