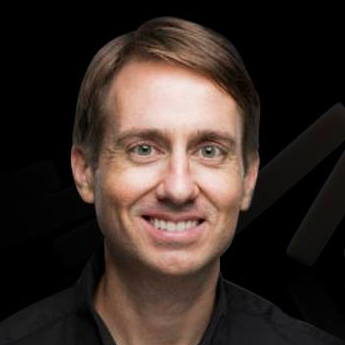 InvestHK is a government agency tasked with fostering entrepreneurship in Hong Kong. In 2013 it launched a website at StartMeUp.hk along with various programs aimed at providing information and incentives to entrepreneurs considering moving to Hong Kong.

Creating this centralized information hub and launching city-backed incubators and accelerators have paid off. In 2016 Hong Kong saw the number of startups rise by 24% from a year ago, and a rise in the number of startup employees by 41%, according to a survey by StartMeUp HK.

The Startmeup.HK team routinely reaches out to the startup community, asking entrepreneurs what their top three ideas are to bring more startups to Hong Kong. I would like to present my thoughts in hopes that my feedback will continue to build upon the region's success.

One of the first concepts I was exposed to when I began studying business at university was the idea that all businesses and industries have barriers to entry. Some companies require a lot of capital to start. Some do not generate profits for years. Some require specialized expertise. This is the nature of any environment in which businesses exist.

In many cases, the largest barrier to entry is the local government. Imagine trying to open a libertarian-oriented magazine in China in 1985. Even outside totalitarian regimes, government is often the major hurdle with which entrepreneurs must deal. Hong Kong, which The Atlantic dubbed as “the most business-friendly city in the world,” (a rather relative term), is no exception.

While being better than everyone else is good, being ideal would be best. And if Hong Kong is to attract businesses big and small to diversify its economy, it’s going to need to take bold steps to break down barriers to entry. Business owners and executives won’t pay attention to anything less.

It is an economic rule that all other things being equal, you get less of what you tax. You also get less of what you threaten to tax. Politicians know that if you want people to quit smoking, you raise the tax on a pack of cigarettes. If you want more entrepreneurs, then lower the taxes they pay, or better yet, eliminate those taxes.

In his seminal work Innovation and Entrepreneurship, management consultant and theorist Peter F. Drucker proposed eliminating corporate taxes on new businesses. “What is needed in an entrepreneurial society is a tax system that encourages moving capital...rather than one that...prevents and penalizes it….”

Drucker proposed that new businesses enjoy a tax-free honeymoon of five to six years. For a government that wishes to grow its economy having such a tax-free period makes sense since fast-growing startups aren’t generating much tax revenue for governments anyway.

Startups invest the majority of their profits back into their companies. Governments lose little by foregoing this tax revenue while the incentive created by this tax-free period would cause companies to grow as quickly as possible, leading to larger tax revenues in the long run.

Eliminating taxes, along with auditing requirements, on startups would allow these fragile, new companies to focus their time, attention, and dollars on growing their businesses. Taxes and audits on these companies are distractions to the process of creating a company. By getting rid of these distractions Hong Kong can send a bold statement to startups that they are welcome here, and that the government recognizes the benefits entrepreneurs bring to society.

By following Ducker’s advice, Hong Kong can take the lead in this area and it requires no new bureaucracy, no new government department, and no outlay of cash. It may cost something in lost revenue, but that is more than made up for once these companies start paying taxes.

While most governments focus on appointing leaders and offering incentives to spur economic growth, many forget another important ingredient to fostering a homegrown innovation economy: marketing.

If Hong Kong wants to continue to grow its business ecosystem it needs publicity. Not the kind of trumped up publicity governments are famous for, but articles by real journalists from tech and entrepreneurial-focused magazine and websites who are writing about Hong Kong companies because there are exciting companies to write about.

Hong Kong has its other challenges when it comes to attracting entrepreneurs including expensive real estate, polluted air and water. But the opportunities far outweigh these detractors. Hong Kong is the gateway to Asia. The city is incredibly safe. Almost everyone speaks English. Hong Kong already has great fundamentals for startups. With a few more changes, the area could become the startup capital of the world.

This column originally published on Forbes. To learn more about the author, visit JoshSteimle.com.