Technology For Our Broken Century 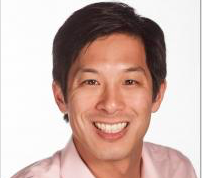 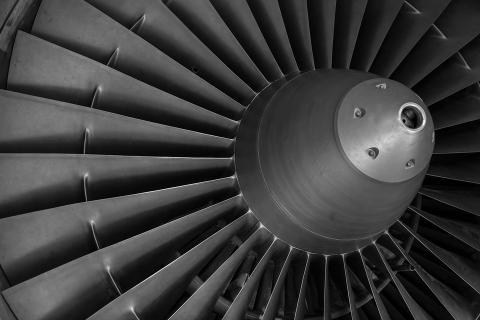 David Brooks, in his recent column This Century is Broken in the New York Times, describes what many of us have felt over the past six months—that the 21st century is shaping up to be disastrous.

We’re divided as a nation along racial, geographic, and economic lines. Per capita income growth is stagnating, particularly in the middle class, and millions have dropped out of the workforce.

Brooks writes a sobering assessment of the situation and the unfortunate consequence: “There’s an army of Americans semi-attached to their communities, who struggle to contribute, to realize their capacities and find their dignity.”

But what’s the solution? Here in Silicon Valley, the land of possibility, we should be striving to fix the situations that many communities around the country are facing, rather than building more apps designed for a wealthy and highly connected few.

These towns are, as J.D. Vance writes in his best-selling book Hillbilly Elegy, “hemorrhaging jobs and hope.” Brooks and Vance describe a lost generation on disability, who are addicted to TV and opiates, and increasingly isolated.

But do any of the “unicorn” startups we’ve celebrated in Silicon Valley give us hope for a better future and solve the fundamental problems of this century? Virtual reality, Big Data, artificial intelligence, and Snapchat Spectacles don’t address the problems people are facing now just to get by.

What we need is to build and invest in companies that change our culture of isolation, bridge diverse communities, and create jobs in cities.

Changing Our Culture of Isolation

The 2016 election made the deep divisions in our country obvious. We’ve polarized to the point where it seems difficult to find common ground and shared values with people from different backgrounds.

But our culture of isolation, fueled by our cell phone screens and social media echo chambers, makes it almost impossible for people  in coastal cities and people in rural communities to understand what life is like in other parts of the country.

But technology companies like Airbnb, Lyft, and Nextdoor help break down our culture of isolation by bringing strangers together. Interactions with Airbnb hosts in other cities allow travelers intimate opportunities to learn about other cultures and communities.

Lyft’s model of passengers sitting shot-gun and fist bumping drivers encourages conversation, and I’ve heard incredible stories from immigrants, students, parents, retirees, freelancers, and even an itinerant pastor once during Lyft rides that expanded my worldview. And because of Nextdoor’s social network, I’ve met more of my neighbors to swap furniture, figure out solutions to sporadic neighborhood safety issues, and learn about preschools in the area.

If more companies add connection and human interaction to their product experiences, which enable and encourage more people to reach across socioeconomic classes and geographic boundaries, our country will be better off. This not only means leveraging technology to connect neighbors, but also to build social bridges across diverse communities—especially ones that are in different geographies.

In Mark Zuckerberg’s manifesto on the future of Facebook, he made it clear that he wants to build “the long term social infrastructure to bring humanity together” and to mitigate “areas where technology and social media can contribute to divisiveness and isolation.” He didn’t offer specifics about how Facebook planned to go about this, but I feel like I’ve already experienced a taste of what this could look like. For example, I joined a group of people in January who want to run 2,017 miles in 2017, exposing me to stories of people from all walks of life who, for different reasons, are all embracing running as a hobby. Similarly, I have empathized in Facebook groups for new parents with people from all over the country about the challenges of infant sleep and understood that we have much more in common than we might think.

Perhaps if we have more of these kinds of bridges, entrepreneurs can walk across them to help bring jobs back to communities where they have disappeared.

The harsh reality is that manufacturing jobs have disappeared and Walmart and Amazon have steamrolled over local businesses. Vance’s book describes his hometown of Middletown, Ohio as having a main street full of shuttered storefronts that is a haven for drug dealers at night. David Brooks cites a statistic that the share of Americans under 30 who own a business has fallen 65 percent since the 1980s. We need to bring back jobs to Main Street and restore the dignity of entrepreneurship and small business.

But what technologies can bring stores back? We can start by fighting for main street businesses. Consumers are willing to spend their dollars to support local entrepreneurs, but it’s difficult to “shop small” if there aren’t any businesses. This is where tech entrepreneurs and companies can come in.

Take Skillshare and Udemy, which are making education accessible to anyone who has a computer. This makes advanced skills training more accessible and affordable, providing a greater number of people with the competencies they need to start a business.

OnDeck Capital is thinking about creative ways to underwrite small business loans, which can give entrepreneurs the resources they need to get a business off the ground and bring critical capital to local economies. GoDaddy and Shopify are putting powerful web and e-commerce tools in the hands of small business owners, because without a website and ecommerce capabilities, they can’t access demand outside of their towns.

My own company, FiveStars, is seeking to bring Fortune 500-level loyalty and marketing tools to small businesses, so they can apply 1:1 marketing tactics that many larger companies already use.

Can we fix our broken century? I think so. If the brainpower, energy, and inspiration that has gone into creating Google, Facebook, and Apple can be applied, even in small ways, to the root issues facing our nation, we will have a chance to fix the problem. Some companies are already committing to join the fight, and I encourage more to join before it’s too late.

Chris Luo is VP Marketing at FiveStars, a rewards and marketing platform used by over 12,000 local businesses in the US and Canada. He has more than 15 years of experience in marketing, inside sales, and strategy. Previously, he has been the Global Head of Small Business Marketing at Facebook and the Head of Acquisition Marketing for Google in Asia-Pacific. In his spare time, you’ll ﬁnd him training for marathons and exploring San Francisco with his wife and son.